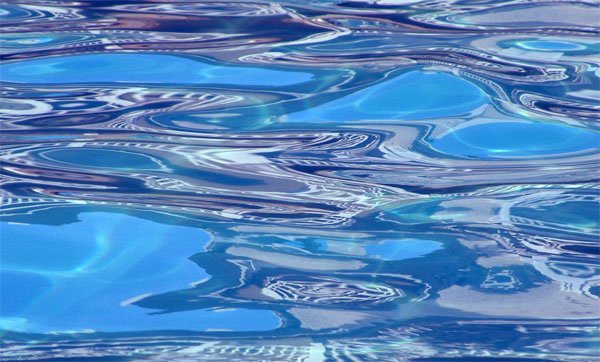 Thank you to everyone who attended the recent town hall meetings or submitted comments to the Board about the pool bathhouse renovation. We received many helpful comments and questions that we’re now considering. Unfortunately, the impression somehow got out that Members were being asked to vote for one of the four options presented. As a result, we received a number of e-mail form letters attempting to cast ballots for Option 4 which were not additive to the discussion.

From the town hall meetings and other comments received, it became obvious that Members developed multiple different interpretations of Option 4. Since the directors have been working for the last 12+ months on renovating the facility for the initially estimated price, we admit that this option currently lacks definition. There is no scope, no design plans and no cost/expense plan because until now it wasn’t the project the directors were executing.

Some Members interpreted Option 4 to mean minimal repairs at the least expense. Others took it to mean structure dry-in and all that entails plus variations on the proposed functional improvement add-ons (HOA storage area, accessibility improvements, family changing room, winter proofed exterior restrooms for court users) up to and including everything in the proposed design plan except for the enclosed meeting space.

In considering the minimal repairs approach to the bathhouse favored by some Members, the directors have again reviewed the 2016 Reserve Study in detail and are unanimous in their view that while it could be less expensive in the near-term than the other options being considered, it’s a stop-gap solution that incurs long-term expense by failing to address the water infiltration and exposure to the elements that’s led to the condition of the current structure. Moreover, it does nothing to solve the need for winter proof toilets, family friendly changing areas and other modest improvements, including accessibility that Members have requested.

Internal inspection of the masonry was beyond the scope of the 2016 Reserve Study but it states interior degradation is predicted based on efflorescence on the exterior of the stone blocks. This lends further support to the immediate need for a more comprehensive solution that addresses water infiltration and year-round outdoor exposure. As a result, with the study estimating an immediate repair need of almost $100,000 (not including the electrical work described below) and at a calculated TCO of over $13,000 annually, the directors no longer believe the minimal repairs approach to be a long-term cost-effective option for the community and are ruling out further consideration.

While the enclosure of the meeting space is not the primary cost driver of the renovation, we did find the idea of retaining the bulk of the proposed design substituting the enclosed meeting space in favor of an open, covered breezeway interesting. The primary advantage to this approach in our view is that it would remove the operational details of access control, security and cleanup for an enclosed meeting room but still offer a functional, covered space for activities at the pool complex. This option would provide a covered, outdoor clubhouse, address the functional needs requested by users of the pool and solves the water incursion and weather proofing design needs for the current structure. We intend to explore this option further with our advisors to better understand the merits and cost impact. Since this is beyond the scope of the initial project plan, it could take up to 18 months to develop a new design, schedule and contractable bids.

In considering Options 1 and 2, that would both offer the enclosed meeting space, Members questioned the upfront cost and the large divergence from the initial estimate to the lowest contractable bid for construction. The initial estimate was submitted to the Board by an experienced, qualified contractor based on four pages of schematic drawings and elevations supplied by our architecture firm Barley & Pfeiffer. Based on that estimate, the Board approved the start of detailed design work. Subsequently, engineers responsible for mechanical, electrical, and plumbing sub-systems came onsite to survey the facility in support of the detailed design development. It was during this phase that problems affecting safety and reliability of the existing electrical service to the parking lot, bathhouse and pool equipment were discovered instantly adding an estimated $50,000 to the total project. Regardless of which construction option is ultimately decided upon, the electrical issues must be resolved and the expense incurred to upgrade the service.

As the project progressed from late 2016 to Jan. 31, 2018 when the contractable bids were due, input costs had increased across the board. Copper used in plumbing and electrical rose from $2.08/lb. to $3.08/lb. (almost 50%); lumber used in framing and roofing rose from $320/mbf to over $500/mbf (56%); steel prices have generally held steady but the impact of new tariffs are yet unknown. Austin’s building boom and the impact of hurricane Harvey on the Gulf Coast has driven up the cost and constrained availability of skilled tradesmen. In addition, we made some design decisions in support of durability and energy efficiency that increased the upfront cost in favor of lower long-term total cost of ownership. The metal roof, a key component of the overall energy efficiency strategy, has a 50 year life expectancy and carries an increased hail rating which will reduce the cost to operate and insure the building.

Despite the two lowest bids from independent contractors being within around 3% of each other, some Members asserted the bids were inflated and attempted to provide their own estimates of what a project like this “should” cost. The Board, based on its own investigations in the weeks after the bid deadline, consulting with qualified members of our community, and with arms-length third-parties determined that the low bids were fair and appropriate for the proposed design in light of prevailing market conditions. At the end of the day the opinions of uninformed laymen, including those of the directors, about how much a project “should” cost are immaterial. The only valid basis for determining how much a project will cost is what a qualified developer is willing to bid under contract in Austin, Texas today.

While the Board is disappointed at the circumstances that drove the budget beyond what was initially predicted, we still believe that in a neighborhood such as ours where many of the homes are at the $500,000 to $600,000 price point, asking for an additional $1.10 per day over the course of a single year to renovate our marquee neighborhood facility is neither extravagant nor excessive relative to Canyon Creek’s character and position in the Austin property market.

We invite additional comments and questions and expect to hold another forum once we have more clarity on the best options for moving forward. We’ll also be publishing an FAQ shortly that will answer some of the more common questions about this project in the coming days.

In the meantime, we’re submitting the current set of design blueprints to the City of Austin for review. If the city permitting department insists on expensive design modifications or other pre-requisites we’ll need to re-evaluate the feasibility of the project relative to their requirements. We’re not expecting to have any new information to share or any action to be taken on this project for 60 to 90 days while we wait for the city permitting process to play out and we investigate design and construction alternatives looking for opportunities to bring the costs back in line with the original estimates.

In the big picture, our intention with this project all along is to be a focal point for the community to come together rather than divide us. The lines of communication are always open at board@canyoncreek.net for your feedback and thank you for supporting us in our duty to make decisions in the long-term best interest of the Association as a whole.