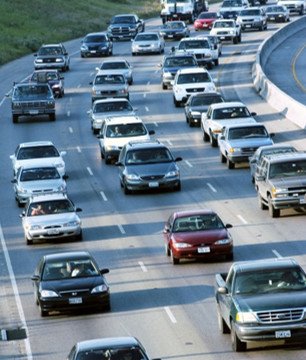 This presentation was made by Bruce Byron, Public Information Lead, of TxDOT and explains some plans for improving mobility on and around RM 620. The main takeaways from this presentation are:

At the Canyon Creek regular HOA board meeting on last Monday evening (May 14), a limited amount of time was devoted to discussing the planned new retail/office complex that will be located on the west side of FM 620, located essentially between the existing CVS at 620/2222 and the Home Depot near Vista Parke Dr. As previously reported, while this will bring some desirable new retail and other services to our community, this will have a significant potential impact on traffic congestion and traffic safety when completed. The HOA is carefully monitoring this planned development and has been in several meetings to date with both the developer rep’s as well as City of Austin staff. The developer has made a very significant concession at our request. Namely, that only right-in/right-out turns will be allowed into the three shopping center driveways planned to face FM 620. This will prevent left turns against oncoming traffic that will cause mayhem at peak traffic periods.

The following is a quick update on what is currently being planned for this retail/office center:

This development site plan is expected to be resubmitted to the city planners by mid-June 2018 with construction anticipated to start in 2019 after receiving city approvals. We will post future updates to the community on this development as newsworthy events take place.

Here is an update on last night’s (4/09/2018) CAMPO (Capital Area Metropolitan Planning Organization) meeting of the (TCB) Transportation Policy Board. There were many high powered board members present including:

Speaking to the TCB board on behalf of road improvements for RM620 from US 183 down to Mansfield Dam were the following:

Despite our heartfelt and rational arguments for the RM620 road improvement funding, the TCB has publicly announced that 34 projects have been recommended for funding approval for the 2019-2022 time frame and our RM620 project did not make the list.

Improvements to the south section of RM620 from Mansfield Dam down to SH71 did make the final recommendation list primarily because both the City of Lakeway and Bee Cave have offered to contribute $5 million each to the roadway improvement project, if approved.

I can provide more detailed info, including the list of recommended approved projects, if anyone cares to see it. While this is not the result we had hoped for, this ongoing RM620 road improvement project is more analogous to running a marathon rather than a 100 yard dash. It takes a lot of time, effort, and political persuading to make this happen, but we will not give up because of a temporary setback.

For those who have not yet heard, there will be a new shopping center built in our area called “Parke 27”. This shopping center will be located on the 27 acre tract of land that is on the west side of FM 620 extending from just north of the CVS at the 2222/620 intersection all the way up to Vista Parke Dr near the Home Depot. This development is tentatively planned to have many retail and service related tenants including up to five fast food restaurants (a Chick-Fil-A is planned), an automotive tire store, a fitness center, a medical office, a day care center, a boutique style grocery store and other retail stores.

HOA designated representatives of neighborhoods such as Canyon Creek and Grandview Hills have been in active discussions since late last year with the developer, The Ferber Company Inc, the City of Austin, and TxDOT to insure that area neighborhood concerns are heard and adequately addressed on major issues such as traffic/safety and environmental impact. This project is currently in the early stages of site plan development and will not be ready for city approvals/permits for several more months.